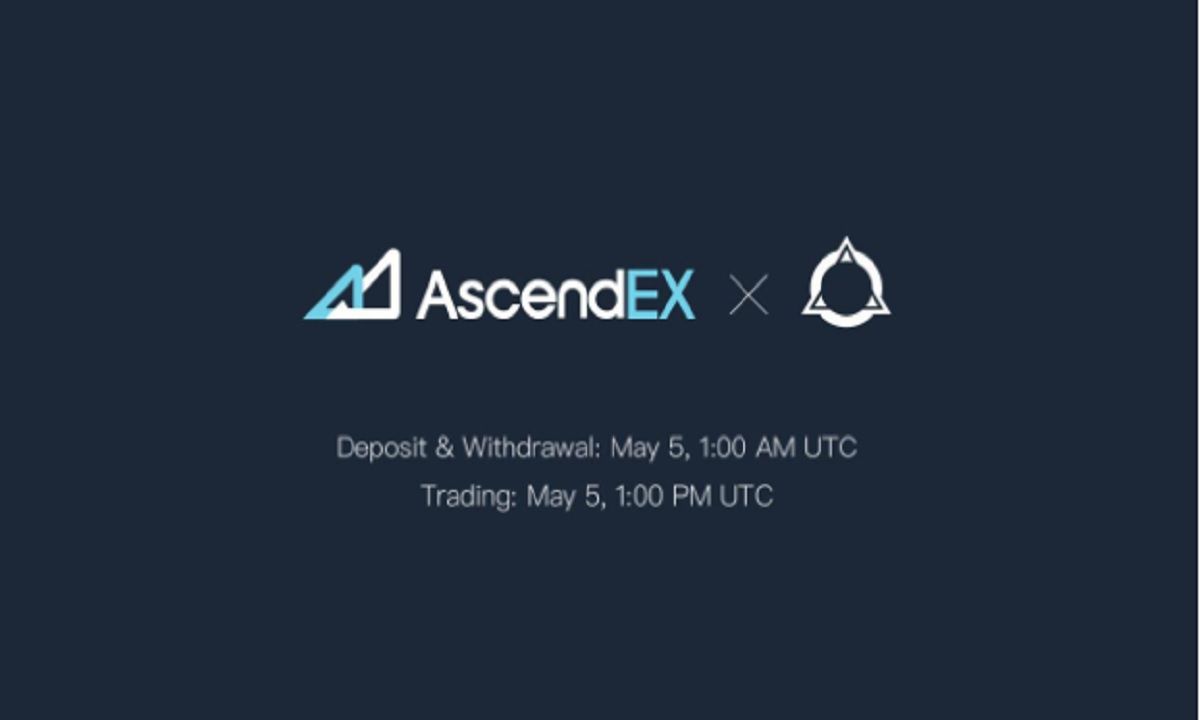 AscendEX, formerly BitMax, an industry-leading digital asset trading platform built by Wall Street quant trading veterans, has announced the listing of the NIOX Token (NIOX) under the pair USDT/NIOX on May 5  at 1:00 p.m. UTC.

The NIOX Foundation and the Autonio trading platform are launching the NIOX suite to address the technical complexity, secrecy, and exclusivity found on existing trading platforms. The Suite’s goal is to provide users with a simple infrastructure for engaging with digital asset markets. The NIOX Suite is an accessible, decentralized, and comprehensive set of financial tools for the digital asset economy. The platform makes it easier for traders to conduct analyses, deploy trading algorithms, and exchange digital assets.

The NIOX flagship service is Autonio, an artificial intelligence trading platform that democratizes access to advanced trading algorithms. In addition, the NIOX foundation is launching a sentiment analysis tool and decentralized trading platform NIOnet and NIOdex, providing traders of all backgrounds with resources for due diligence, security, and liquidity.

The NIOX token is used to gain access to the products and infrastructure Autonio provides as well as to the project’s governance by becoming a DAO member through staking.  The NIOX token is an integral part of a sharing economy around the trading ecosystem. Users can buy NIOX tokens, create or purchase algorithms, conduct technical analysis and begin live trading.

NIOX’s Liquidity Mining solution NIOX Swarm and its Market Making module NIOX Maker will be integrated into the AscendEX trading platform. NiOX Swarm takes a marketplace-driven approach to market making aiming to promote consistent crowdsourced liquidity provisions and mitigating the risks inherent to AMMs. The NIOX Maker is a market making module that makes trades faster and more accurate through creative algorithms, complex calculations and thousands of data points gathered from the user’s exchange. It provides an easy-to-use interface for anyone to deploy market making bots.

Originally founded in 2018 as BitMax.io, AscendEx is a leading crypto and digital asset financial platform catering to both professional and retail traders. Our venue offers spot, futures, margin trading and staking products and incorporates key elements from the DeFi space to foster a unique market structure for users. AscendEx is led by a team of Wall Street veterans who have applied traditional markets’ rigor to create a robust, secure, and reliable experience for all participants; and a consistent source of liquidity for primary offerings.

For more information and updates, go to the official AscendEX portal.

About Autonio and Niox Token

The NIOX Foundation and the Autonio trading platform are launching the NIOX suite to address the technical complexity, secrecy, and exclusivity found on existing trading platforms. The Suite’s goal is to provide users with a simple infrastructure for engaging with digital asset markets.

For more information and updates, go to the official Autonio portal.

Originally posted on May 5, 2021 3:45 pm By BeInCrypto Staff at BeInCrypto

What Changed in Crypto Markets While You Were Sleeping — July 14

Measuring the Yearly Increase for ETH