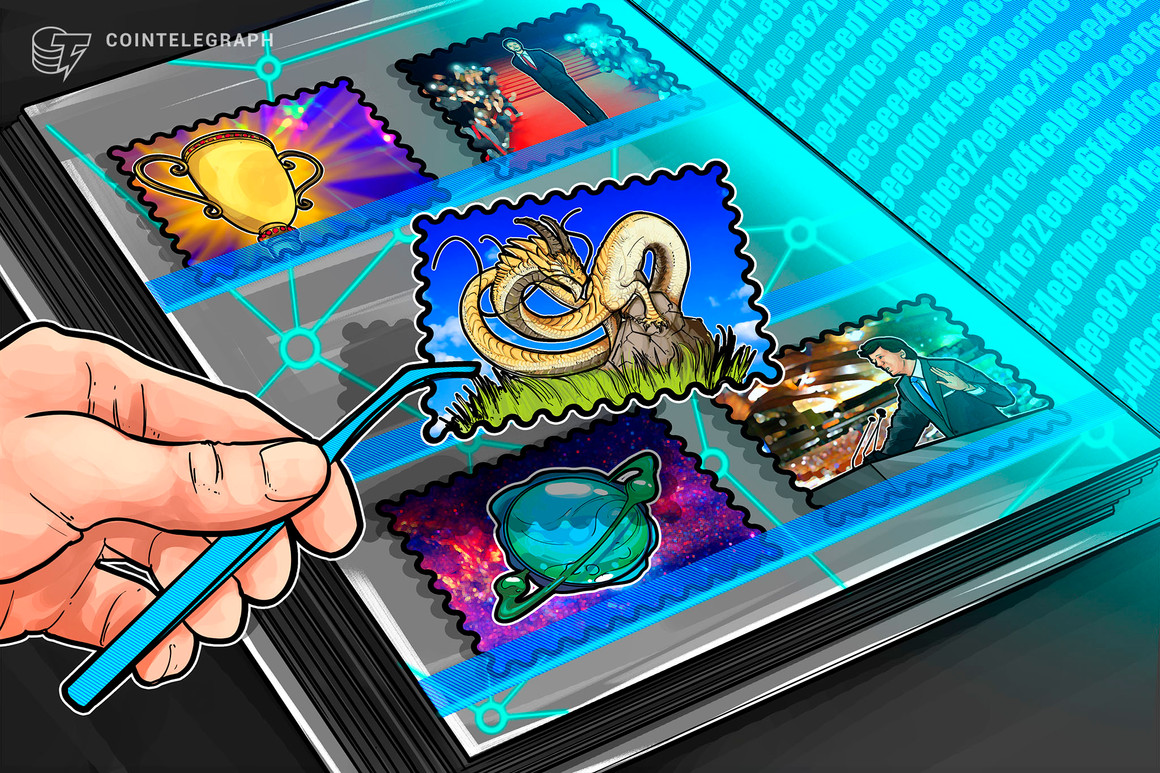 These embedded NFC chips will allow stamp owners to verify the authenticity of the physical stamp based on metadata tied to the digital twin stored on the blockchain.

Indeed, the Austrian Post made history back in 2019 by becoming the first government-backed institution to launch an NFT. The Austrian Post Crypto Stamp also won numerous awards at the NFT Awards 2020 including the “Adoption Potential Award” and the “People’s Choice Award.”

“For the first time, NFC technology is also being used on an Austrian postage stamp: The Crypto Stamp 3.0 is based on an NFC-supported authenticity check and is cryptographically encrypted. […] By reading out the NFC chip, both the authenticity and the digital twin can be revealed.”

According to the Austrian Post, the use of NFC technology eliminates the need for creating an additional scanning app to verify ownership of the NFT postage stamp.

For Stefan Nemeth, head of product management and e-business branches at Austria’s postal service, the adoption of NFC technology is a major step in adding even more intuitive features to future NFT postage stamp iterations.

Crypto Stamp 3.0 will have a market value of 9.90 euros ($12), with a total circulation of 100,000 stamps. Registration for preordering the NFT stamp will reportedly commence in June.

Since debuting its NFT postage tokens, postal services in other jurisdictions have also got in on the act. Back in March, crypto startup Coinsilium inked a partnership with the Gibraltar Philatelic Bureau to issue NFT postage stamps.

Originally posted on May 27, 2021 1:22 pm By Cointelegraph By Osato Avan-Nomayo at Coin Telegraph