In an interview with CNBC’s “fast money” program, Michael Saylor, MicroStrategy CEO, sees a bright future of various cryptocurrencies, not limited to Bitcoin, saying that there is a place for all cryptocurrencies. 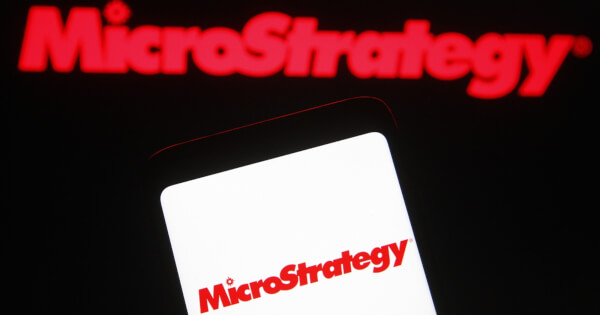 The prominent bitcoin evangelist said that different crypt assets serve other purposes, but it might take time for the newly established coins to recognise such distinctions.

Saylor said that different crypto assets serve other purposes. For instance, he sees Bitcoin as “digital property and a store of value while the Ethereum blockchain and ether seeks to disrupt traditional finance.

“You’re going to want to build your buildings on a solid footing of granite, so bitcoin is made to last forever — high integrity, very durable. Ethereum is trying to dematerialise exchanges and the financial establishment,” Saylor said. “I think that as the market starts to understand these things, there’s a place for everybody.”

Saylor stated that investors see Bitcoin is up 330% while Gold is up 7%. Therefore Bitcoin is outperforming Gold as an inflation hedge by a factor of 50.

He further clarified that getting heavily into Bitcoin is what MicroStrategy’s investors want the firm to be doing. He said that MicroStrategy stock was trading about $120 a share with $60 a share in cash. As a result, the company investors told MicroStrategy that cash was trash as it was a liability on its balance sheet.

On Tuesday, June 15, MicroStrategy announced that it recently completed a debt offering with plans to use the proceeds to purchase more Bitcoin.

The company also said that setting up a program to sell $1 billion worth of additional stock over time. Saylor told CNBC that the company could use money from the stock offering to buy Bitcoin, retire debt, or for general corporate purposes.

MicroStrategy currently owns about 91,579 Bitcoins, and its board of directors are being paid in Bitcoin. Michael Saylor believes that Bitcoin is the most powerful and disruptive technology of our lifetime.

Based on MicroStrategy’s Bitcoin strategy, Saylor believes that all current treasury strategies are broken if investors buy low-yielding bonds.

The money supply is expanding, and purchasing power is declining drastically. The idea behind Bitcoin is for an investor to recognise a loss of purchasing power and then apply a different treasury strategy. MicroStrategy recognised Bitcoin as the strongest treasury asset that it could find.

On February 3, Saylor conducted a “Bitcoin for Corporations” conference event to convince other corporate executives to recognise the benefits of Bitcoins for their portfolios.  Executives from more than 1,400 firms attended the meeting. During the event, Saylor said that Bitcoin has increased by 200% per year for a decade and by 800% in 2020.

Based on his experience, Saylor said that if firms invest in Bitcoin, they can significantly benefit from this appreciating asset, create a dynamic with assets trading up, generate investment income, and lift their balance sheet instead of P&L.