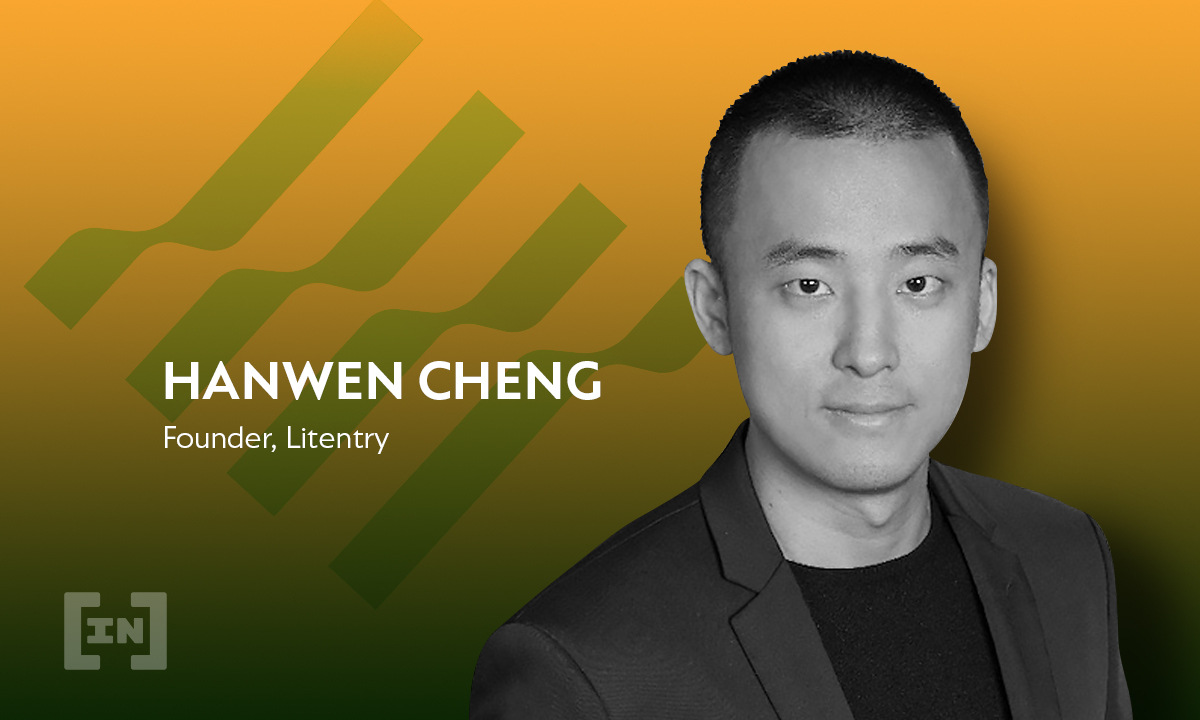 BeinCrypto spoke to Hanwen Cheng, CEO of Litentry, about digital identities and security on the web.

The Litentry platform and its token have been receiving positive buzz in the altcoin world recently. At the time of writing, the LIT token was at $2.29.

Litentry is a decentralized identity aggregator that enables the linking of user identities across multiple networks.

The platform provides a secure vehicle through which users manage their identities. In addition, they can access dApps real-time DID data of an identity holder across different blockchains.

Anyone can create DID verification algorithms and submit them to Litentry, making identity data easily accessible on the web.

For Cheng, the idea for this platform came when he looked at the identity industry and its relationship to the crypto space.

Identities in the digital age: Web2 vs. Web3

“That’s how we came up with this idea and started building the Litentry project. In the early stages, we proposed identity matching and identity staking services,” he explains.

“But gradually we realized that there wasn’t enough identity data on a single blockchain to make the proposal viable because identity data is so fragmented across networks. So the first thing we have to solve is to summarize this identity.”

At the moment, users have to hand over their identity information when opening accounts. The Know Your Customer (KYC) requirements are standard across the centralized crypto exchanges.

“This is a very common case for Web2 applications, but we probably don’t have to do it this way in a Web3 world.”

As mentioned, the Litentry token ecosystem has been much talked about. However, it isn’t just interesting for its altcoin investment capabilities.

Rather the LIT token is about calculating scores for users. “The Litentry network computes an identity scoring result according to the required algorithms. The computing algorithms could be programmed easily like create a piece of smart contract,” explains Cheng.

“To get a meaningful score, we first need to calculate the associated identity information. Second, every scoring process consumes computing power and network throughput from validators. Validators contribute to this network. So every time a user sends a scoring calculation request, they have to pay LIT tokens as gas to the network’s contributors.”

“In addition, since such a calculation is quite complicated and requires a good calculation environment from the auditors, each auditor must use LIT tokens as prepayment to ensure their performance and reliability in the network. Finally, we are also trying to encourage more outside computing services to join this network and offload the computing power from validators,” he says.

Various actors within the Litentry network undertake this work. These include external computing services which complete the difficult computing tasks. They pull the data from indexed data providers such as Infura, Etherscan and output the calculated scores for a single wallet address.

“The data is discrete as there are no relationships between them, but within the Litentry network, the data is combined. Validators receive the scoring computing results from the external computing services and generate a weighted, aggregated cross-chain identity score,” he explains.

“It also encrypts the final result, which ensures that only the user can read the scoring data. Ultimately, all of these players will be rewarded with LIT for their contribution to the Litentry network.”

Blockchain as the basis for digital identities

Litentry wants to put identity on the blockchain in a secure way. From there it is no longer necessary to upload this information.

“Why couldn’t we use the associated on-chain user history as KYC material? Since most of the information is public and transparent, the only problem is that it is pseudo-anonymous and discreet.”

However, for Cheng, discretion is still important. This is a balancing act between keeping the information private while still using it across networks.

“It’s like creating a different you in the crypto room, but no other person can see the full picture of it as the identity association information is securely stored in the Trusted Execution Environment.”

This identity would then be the alternative to KYC.

“A user can provide this identity for any dApps. On an IDO platform, the dApp sees, for example, that the user already has a lot of activities in Ethereum and holds many cryptocurrencies and has not sold them. The user is seen as a strong keeper and a targeted user. The dApp wants to whitelist the user and distribute more assignments instead of other newly created wallet addresses, which may be a bot,” Cheng explains.

The identity protocol can be used in the DeFi world for credit, for on-chain governance as voting power, or in social media as reputation.

“The identity is also implemented in a way that protects data privacy. The Litentry network stores the identity-related data in the TEE devices, which ensures that only the user himself can access it. And the user can authorize others to query their associated profile data.”

“The Litentry network calculates an identity evaluation result according to the required algorithms. The calculation algorithms could simply be programmed, like a piece of smart contract,” he says.

The future of digital identities

Cheng and Litentry’s work is just a glimpse of what could be possible for Web 3.0 and the crypto world moving forward.

The platform is also already ready, looking at what’s next and where it would like to expand.

“We would like to participate in the Kusama Parachain auction. First, we still have to take a few development steps. The development of the most important identity-related functions/palettes is still ongoing. We want to have the key functions ready as soon as we are on board Kusama,” he says.

In addition, the Litentry team is currently working on inclusive NFT Twitter linkers and IDO whitelisting.

“I am very confident about the development and the Parachain auction. We believe in the potential of our identity aggregation and computing network with current DeFi and on-chain governance. The Polkadot Parachain auction will be our final destination and we will use Kusama as a platform to bring a transitional parachain on board. “