Play-and-earn is the secret to mainstream NFT gaming adoption 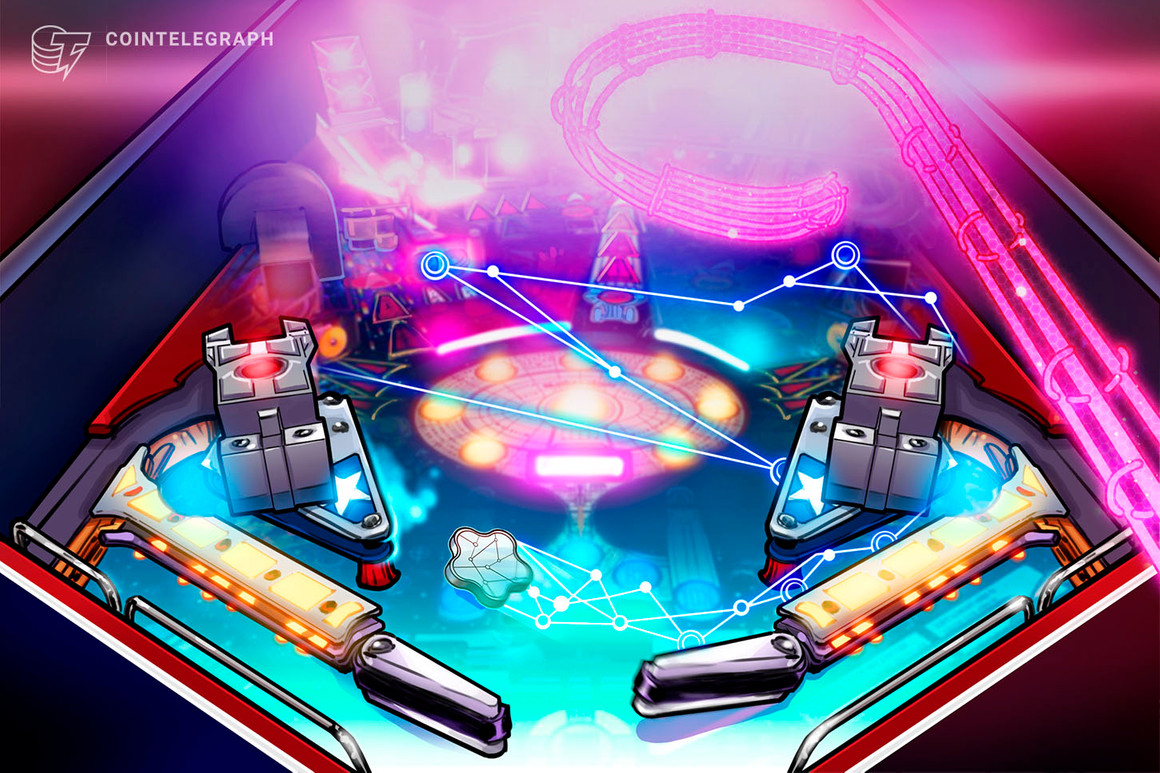 Since 2017, dozens of projects have created games that use blockchain and nonfungible token (NFT) technology. The overall vision is inspiring and has attracted a solid base of fans and investors in equal measure. However, the industry is still in its infancy, and we have a long way to go until it achieves mainstream adoption.

There are various hurdles on the path to this promised land. Some of the primary barriers are that NFT games have relied too heavily on their money-making traits as the selling point and lag behind traditional games when it comes to engaging game mechanics. But it isn’t going to stay this way.

The current state of NFT gaming

To understand NFT gaming, we must first understand NFTs. NFTs represent digital items that are indivisible, scarce and unique. They have been almost inescapable in the news lately, as various artists and celebrities have been issuing and selling them as rare collectibles. While this does tap into one of the inherent use cases for this technology, it’s just the beginning.

Video games have the potential to take NFTs and make them a major cornerstone of their economy, which could give quite a bit of power back to the players, as in-game purchases will genuinely be “owned.” As NFTs, these items can be resold on secondary markets, loaned out, be transferred outside of the game and essentially become a tangible investment. Developers can get even more creative. For example, items can be fractionalized, pooled into an index fund, exist across multiple games, evolve each time they are traded, and more.

Where some games get it wrong

A significant issue for many of the currently offered blockchain games is just that — they are being created and promoted as blockchain games, not great games where blockchain is just one element. Companies focus on the ownability, tradeability and money-making aspects, plugging in basic gameplay mechanics with visuals comprised of assets from the Unity Asset Store or pixel artwork. It may attract those interested in making money, but many gamers take one look and go back to their mainstream titles.

It’s not just that blockchain game developers are failing to win over gamers, either. These titles are often inherently unsustainable. Think about it: If the primary draw is the possibility of money-making, then these platforms will naturally attract those who want that money above other aspects of the game. This means that their sole goal is to extract as much value from the platform as possible while contributing as little as possible. We’re talking trading and gambling games rather than traditional “AAA” games.

Related: NFTs make it possible for gamers to have digital property rights

Under this system, it is often more experienced players who are profiting off new players, and those who are “bad” at making money will leave the ecosystem. With no real gameplay draw, the flow of those new players who are interested will quickly dry up. Once the value of native assets or currency has been debased due to this process, the original exploiters will almost certainly move on to some newer game where they can do it all again, leaving the previous title a relative ghost town. If we’re ever going to see a broader interest or significant developer support, these game models need to change.

We’ve already established some of the possibilities that decentralized technology can offer, but as shown, this doesn’t always translate into a great product. Several hurdles still need to be surmounted. For one, game developers targeting a mainstream audience need to find ways to communicate the benefits of blockchain in their games without making it the primary selling point. They need to figure out how true ownership of in-game assets enhances the actual gameplay. Any emphasis on playing the game for the purpose of making money would be risky, even if technically true, as it will attract the wrong audience and come off as gimmicky or unsustainable.

Related: Sci-fi or blockchain reality? The ‘Ready Player One’ OASIS can be built

In a similar vein, developers need to find a solid balance between NFT assets and traditional in-game assets. Not everything has to be an NFT or cryptocurrency. Making every item tradeable and purchasable runs a real risk of only enhancing the problems with the “pay-to-win” model that has plagued too many modern titles. Users with enough resources could skip significant gameplay elements, and less fortunate players would be outmatched entirely, eroding the experience for both.

It will be up to developers to find the balance, but having different tiers of items — some on-chain, some not — could help with this issue. Perhaps high-level NFTs can be openly traded, but only high-level characters who have put in the work can actually wield them. The possible solutions are many, but more than likely, a degree of finesse will be needed here to keep both the game, as well as the evolving market, well-balanced.

Finally, the way gamers interact with blockchain items is not yet intuitive and seamless. Right now, many decentralized platforms still require a bit of education to use properly, but this is too much friction for most gamers. If a user buys, sells or transfers anything, the process needs to happen reliably, quickly and with as few clicks as possible. This is already the type of interface that gamers expect, so blockchain ideally shouldn’t get in the way of it.

This leads me to my final, but most important, point. The NFT games of tomorrow need to be fun. Users need to be saying, “Honestly, I would play it anyway, but the fact that I own what I earn makes it even better!” Anything less than this reaction is going to result in a struggle to retain players when there are already so many entertainment options available. Offering gamers a chance to earn while doing the leisure activity they enjoy is the real selling point here — not a digital replacement for a day job.

The truth is, NFT gaming is a no-brainer; realistically, we’re just waiting for more developers to crack the correct formula. This is not an easy task. It takes an experienced team, funding and lots of time to build a quality game, and most AAA studios are likely too scared to introduce NFTs into their games for fear of consumer backlash. However, once it does happen, we’ll see a major industry shift towards NFT gaming, even among the biggest franchises.

Admittedly, not every game needs NFTs, but one-day blockchain functionality may be as commonplace for gaming as internet connectivity has become over the last 20 years. Developers just need to make sure that those games are at least as fun as the ones gamers love right now, if not even better.

Derek Lau is the game director for Guild of Guardians, a mobile RPG where players turn their gaming passion into NFTs. The game is published by Immutable and developed by Stepico Games. He has experience in gaming, product and startups, with long and sustained exposure to NFTs since 2017.

Originally posted on August 6, 2021 11:13 am By Cointelegraph By Derek Lau at Coin Telegraph

Fed takes on stablecoins: 5 things to watch in Bitcoin this week