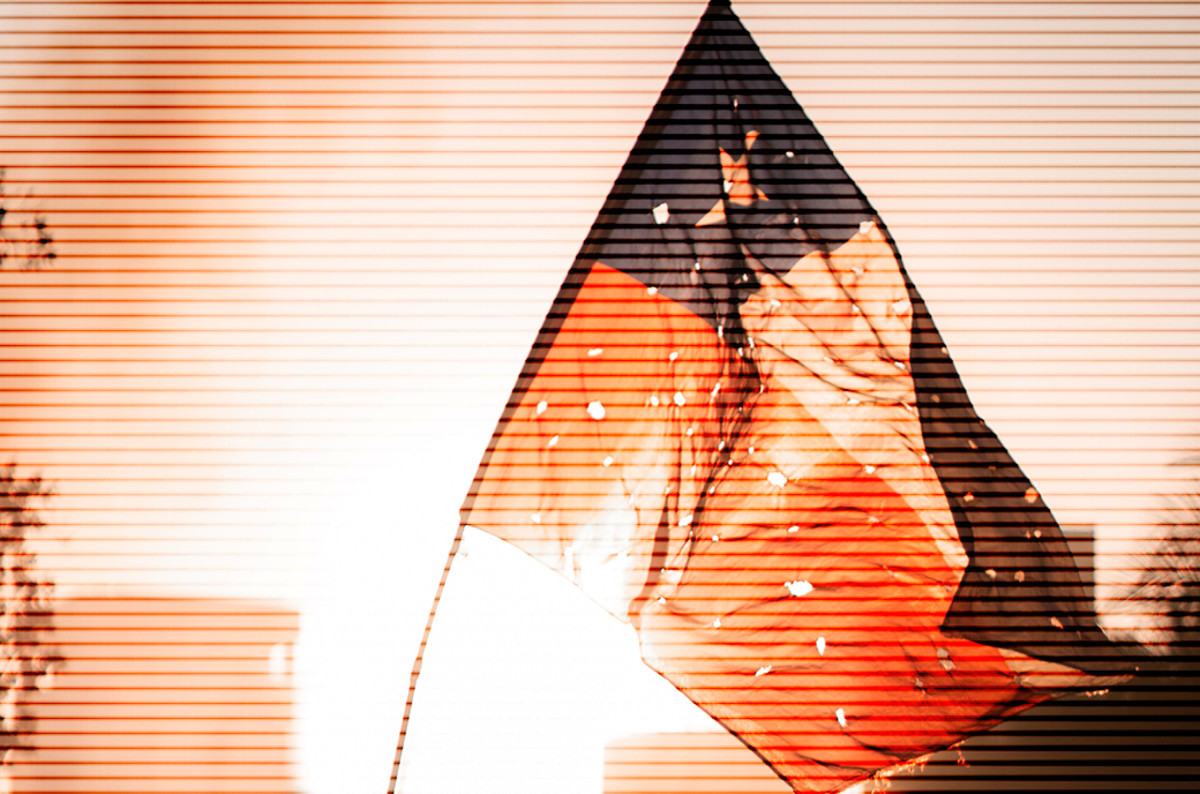 With regards to the article written by former president of the Chilean Central Bank, José De Gregorio, the discussion would not be complete without a response by those who adhere to Bitcoin and the technological revolution of money. Without a desire for to polemicized, but looking to add to the discussion, I would like to clarify some objectionable arguments that the article made.

It’s important to make a distinction between bitcoin and other cryptocurrencies. Although the genre is cryptocurrency, bitcoin has unique characteristics and is separated from the rest of the market by functionalities that belong solely to its protocol. Using both terms without distinction is not correct. For reasons of clarity, I will refer solely to Bitcoin.

Skeptics and critics of Bitcoin generally suffer from what we call “financial privilege.” They live in apparent democracies, with property rights, a functioning legal system — at least for some, freedom of speech and a currency that is considered relatively stable (although it is not). Unfortunately, this is the minority. According to the Human Rights Foundation, roughly 4.2 billion people live under tyranny or authoritarian regimes. Many people live in countries with two-to-three-digit inflation, and some 1.7 billion people do not have access to basic financial services such as a bank account. Bitcoin fixes this.

Bitcoin allows anybody, anywhere in the world with an internet connection to participate in a decentralized monetary network with clear and fair rules for all. Bitcoin is not controlled by anyone, and its network uses cryptography-branch of mathematics that uses computational code to protect and keep data private over the internet. Its ledger (called a “blockchain,” where all transactions are recorded) is immutable and public. The network does not censor or discriminate and allows people to store value in a scarce and hard-to-seize money. It is the latest natural evolution of money.

I would like to start with what De Gregorio calls “money” and the three functions it must achieve. These are: unit of account, medium of exchange and store of value. Let’s remember that Bitcoin is only twelve years old, and as such is not expected to have reached maturity in these three properties yet. Including gold, monies that are thousands of years old do not fulfill these three properties.

The critiques are framed around bitcoin’s volatility with regard to fiat currencies. This volatility is a token of uncertainty and market immaturity. However, it would be very strange that the asset would not suffer volatility given its age and potential. Bitcoin was born in 2009 and is expected to suffer turbulence at its incipient twelve years. There is another way to think about it: The current volatility is due to the current user base being still quite small, so demand shocks tend to be quite large. In the future, as this base increases, new users will have less weight and will not be able to shift prices in such ways.

The first point made by the former central banker about why Bitcoin is not money because in its twelve years it has still not become a unit of account seems a bit short sighted. It’s important to note that many currencies issued by central banks — treated as money by conventional economists around the world — also suffer enormous volatility in their prices. The difference with bitcoin is that these fiat currencies always lose value due to inflation. This does not exclude the Chilean peso, which loses at least a third of its value in purchasing power every ten years due to a 3% inflation rate that our monetary authorities consider “adequate.”

It’s worth explaining that national currencies circulating the economy are called fiat currencies. This word is Latin and means “by decree.” The Chilean peso, U.S. dollar and all currencies issued by central entities are fiat. They are backed solely by the trust in the institutions that control them. This model is only fifty years old, existing since 1971 and the end of the convertibility of U.S. dollars for gold.

On the other hand, and contrary to fiat currencies, Bitcoin is extremely stable in its monetary policy with a known expansionary rule and a maximum supply of 21 million units. Every ten minutes a new block is added to the chain — with the new transactions — and a miner is rewarded in bitcoin for adding that block. This happens according to an immutable code that is extremely consistent. The volatility in its issuance is non-existent.

Bitcoin As A Medium Of Exchange

The second point mentions the medium of exchange, which in a sleight of hand, De Gregorio ties to unit of account and (artificially) eliminates its function. However, the reality is that Bitcoin is used around the world to buy all sorts of goods and services. This is a money native to the internet and can serve our hyperdigitalized life much better than our current model.

Bitcoin As A Store Of Value

The third and, for some, most important function is store of value. A trustworthy money must maintain its value over time (but does the Chilean peso?). Fiat money does not maintain a stable value due to inflation. If we compare on a yearly time frame, we see that bitcoin has not only maintained but increased its value, meanwhile the peso or dollar loses purchasing power every day, month and year.

The author also touches on transaction speed and, in a pear versus cats comparison, makes the link between Bitcoin and Mastercard. That is a payment rail which works based on fiat money. Bitcoin is not here to compete with Visa, but with the dollar or peso. Every transaction is done peer to peer, without intermediary — which would be Visa — and using a secure and decentralized public ledger.

This point often accompanies the criticism that Bitcoin is “too slow.” The transaction confirmation time is a security feature and not a bug, as some might think. It serves to keep the network secure and immutable. Today, there are technologies that work on top of Bitcoin which substantially improve its speed, such as the Lightning Network. This second layer allows instant transactions, at a very low cost and with high privacy.

Using the comparison with Visa — incorrect, but alas — this system is magnitudes more efficient, eliminating both the need and comparison with these systems. The fact that it is still not widely used — with De Gregorio citing numbers from April, which are already outdated, to demonstrate that — will change in a matter of time. The decision by El Salvador to use Bitcoin as legal tender has already increased the use of the Lightning Network for everyday transactions exponentially.

Bitcoin’s Use For Criminal Activity

There is a generalized fear, not backed by evidence, among certain observers that Bitcoin is fertile ground for delinquents and criminals. This could not be further from the truth. It’s important to remember that Bitcoin’s public ledger — its blockchain — is pseudonymous. This means that although at first sight we cannot know the identity of the people transacting, there are different tools to find out this information. Nowadays, there are several companies dedicated to the analysis of blockchains, all working with governments and security agencies.

These companies have published several studies, the last of which was done in 2021. This study shows a decrease in the number of illegal transactions using Bitcoin, from 2.1% in 2019 to 0.34% in 2021. This shows that illegal transactions using Bitcoin are diminishing, that these activities are still a small percentage of the overall economic activity and that this percentage is considerably lower than the volume of illicit funds moved through traditional markets using dollars and euros.

It’s also important to remember that criminals are criminals due to the activities they practice and not the medium they use. In that sense, we should be banning the internet, cars, planes and a number of different tools used daily by criminals.

Bitcoin In Comparison To CBDCs

The author dedicates an important section to Central Bank Digital Currencies (CBDCs). Given his past as a central banker, it’s understandable that he is in favor of this “technological innovation” that resembles more a “monopolist innovation.” However, the focus is once again wrong.

If the current monetary system continues to exclude billions of people around the world, what makes us think that more digital control over money and finances by central banks will fix this problem? The system is designed this way, and further control would lend itself to an extremely dangerous and Orwellian world.

I would like to quote the words of Agustin Carstens, the powerful president of the Bank of International Settlements, a sort of central bank for central banks. In a recent interview, Carstens stated: “With CBDCs, central banks will have absolute control on the rules and regulations that will determine the use of that money and we will have the technology to enforce that control.”

This may seem like a dystopian comment, but it reveals the conversations happening behind closed doors by those who manage the monopoly of money creation, which are seemingly unsettled by a money they do not control, which may lead them to lose power. A far cry from the financial inclusion they are preaching.

The priority in today’s world should be financial inclusion and economic development for the masses, but it’s curious to think that that motivation will be magically borne by a new “innovation” from those that created and maintain an exclusive and excluding system. Is it plausible to think that the richest 1%, who rub shoulders with central banks, will create inclusive financial systems that now benefit the 99%?

Additionally, CBDCs will inevitably bring a toxic effect that De Gregorio or other proponents of this system do not mention: that the monopoly of digital money will serve as a system of control. A centrally-coordinated money is also fertile ground to control, censor and deny its use to those that fall from the good graces of the government or monetary authorities (characters who, by the way, are not democratically elected).

Bitcoin is the latest evolution of money. Its value lies in a computer code outside of the control of governments, central and private banks. It allowed, for the first time in history, for people to trust in networks and not a central authority of financial intermediaries. It is backed by a programmed monetary policy and by immutable and known rules, applied equally to all. It is a voluntary network, where users freely decide whether they’ll use it, a long shot from the coercive money of central banks.

To finish up, it is not fair to assert that Bitcoin has failed as money because it hasn’t fulfilled its three basic functions in twelve years. We have seen the exact opposite. Bitcoin is the application of the internet to money. Open and non-hierarchical channels of communication. It allows the free flow of value and free association of trust. Bitcoin is the humanistic money that the world needs.

This is a guest post by Pedro Solimano. Opinions expressed are entirely their own and do not necessarily reflect those of BTC Inc or Bitcoin Magazine.

The Plebs Guide To Bitcoin Mining At Home