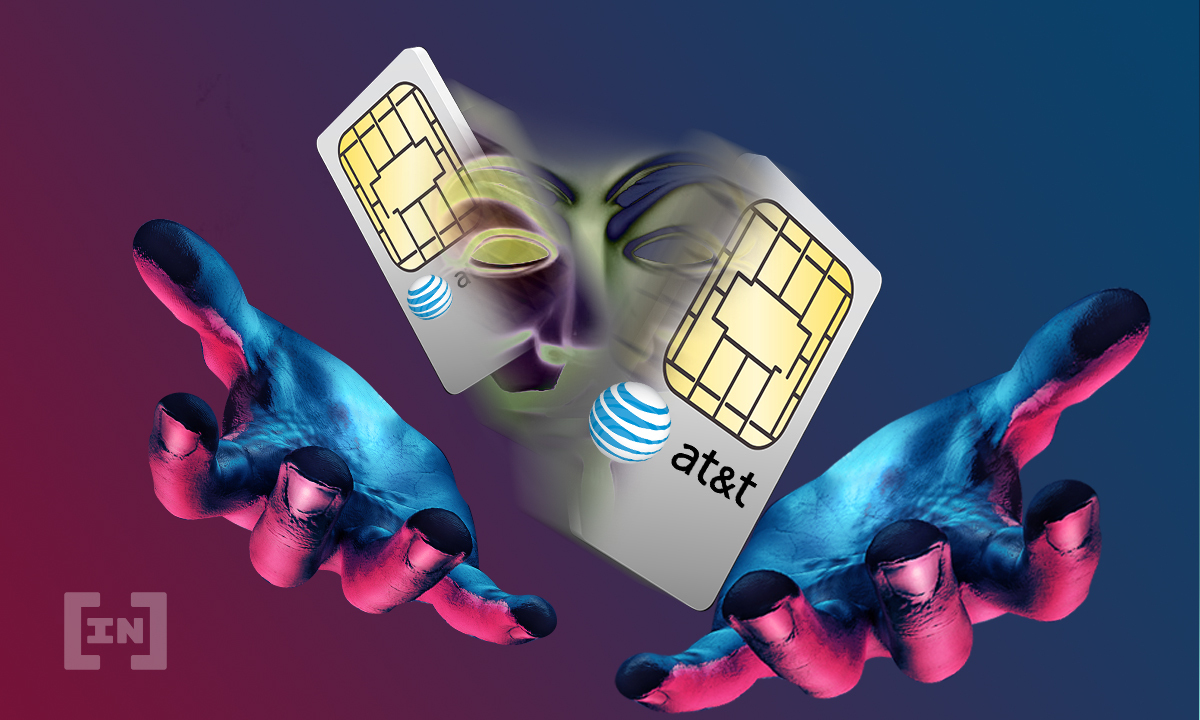 U.S. telecom giant AT&T is facing another lawsuit after a customer lost a substantial amount in crypto assets following a SIM swap attack.

Plaintiff Jamarquis Etheridge, a Texas resident, filed the suit in the state’s District Court on Sept 15. In it, Etheridge is claiming that AT&T failed to provide reasonable and appropriate security to prevent unauthorized access to his wireless account.

On or around Sept 10, bad actors were able to infiltrate Etheridge’s wireless account without authorization and drain his cryptocurrency account. AT&T was slow at reacting and unable to contain the security breach until the next day.

The plaintiff, who has been a customer of AT&T since 2009, was unable to use his cell phone number to mitigate the incursion and ended up losing 159.8 in ETH worth approximately $560,000 at the time.

The attack, known as SIM swapping, is a form of fraud that exploits phone-based authentication. Scammers usually find out the victim’s cell phone number from online data, social media, or even a stolen device, and then call the carrier, AT&T in this case, posing as the victim.

The scammer then asks the carrier to activate a new SIM in their possession and proceeds to port the victim’s number to the new SIM. Then they can access financial accounts that rely on phones for authentication methods such as one-time SMS passcodes.

AT&T was aware of the threat and even posted warnings but still did not do enough to protect this customer, the complaint stated.

“As a result of AT&T’s failures if not active participation in SIM swap theft that was inflicted upon him, Plaintiff Etheridge has had over 159.8 ETHEREUM Tokens of assets stolen from him.”

Etheridge is seeking compensation for the sum of the ETH that was stolen. The complaint also question’s the carrier’s marketing materials which claim that AT&T takes “measures to ensure” they are communicating with the genuine person and not a fraudster.

There was a surge in SIM swap threats in December 2020, following the multiple leaks of customer data from Ledger servers. The hardware wallet manufacturer has never compensated the victims of its shoddy security practices.

Not the first incident

Crypto investor Seth Shapiro sued AT&T in December 2019 after he lost $1.8 million in crypto in a similar SIM swap attack and an alleged failure by the carrier to protect its customers.

Another SIM swap victim, Michael Terpin, claimed he lost $24 million in crypto as a result of AT&T’s negligence in 2018 in a similar attack. In November of that year, California resident Robert Ross lost $1 million worth of crypto after a hacker was able to gain control of his AT&T phone.

The telecoms giant has pushed back against previous lawsuits and is likely to do so with this latest one.

Originally posted on September 20, 2021 9:17 am By Martin Young at BeInCrypto