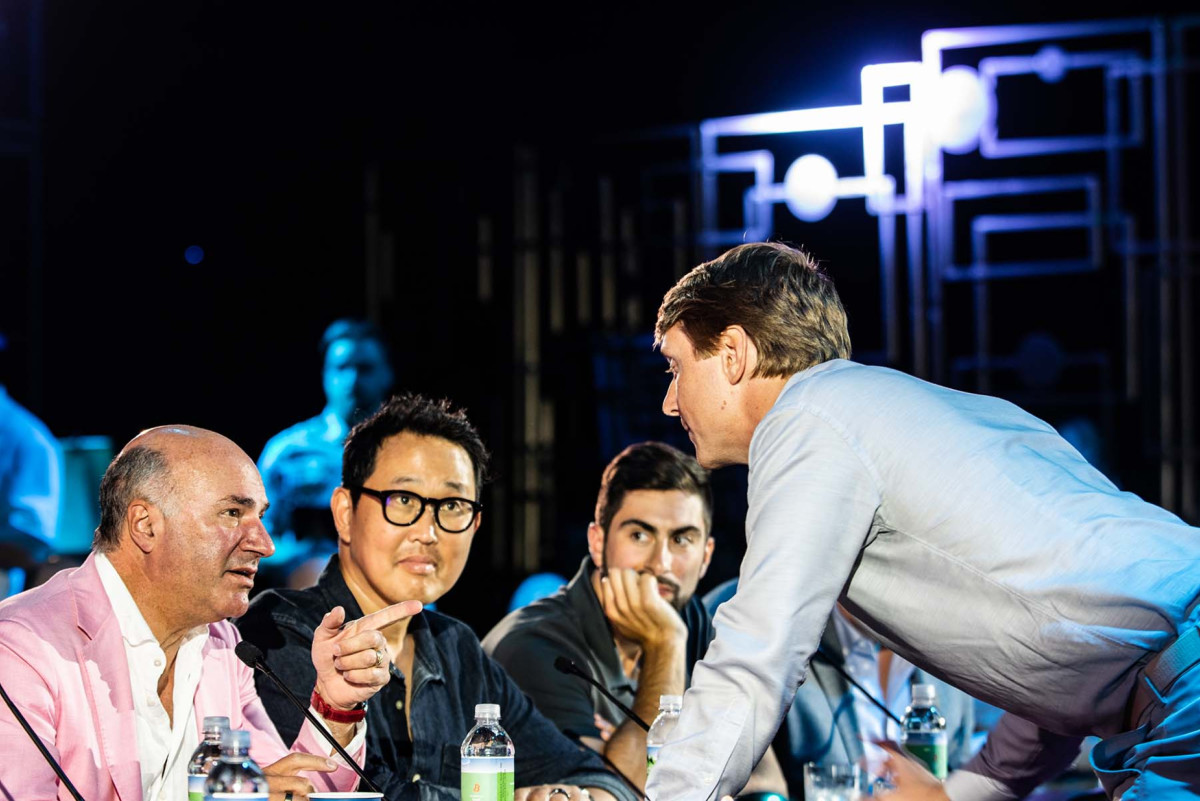 Bitcoin 2021’s Pitch Day was a platform for the next generation of Bitcoin startups to put its ideas and products to the test in a competitive format.

Taking place during Whale Day on the grounds in “The Deep,” the Pitch Day competition featured companies ranging from a weather-betting website to a derivatives exchange, pitching their ideas to a panel of venture capitalists representing some of the most active investors in the Bitcoin ecosystem. Each of the participating projects made its case to secure investment from the panel, with the optimism that their startups could, alongside Bitcoin, change the world and launch them to whale status themselves.

The 12 startups were chosen from a pool of over 140 applications from all over the world. Divided evenly into two divisions, “hyperbitconization” and “infrastructure,” each company had ten minutes to present their pitch and take questions from the panel. Following the conclusion of each segment, the panel of judges deliberated before deciding on first- and second-place winners. The two winners from each segment were presented with a trophy, as well as full tuition to attend “Draper University,” a 16-week entrepreneurship program started by venture capitalist and Pitch Day judge Tim Draper.

The first segment featured the companies Citizens of Bitcoin, 5 Day Forecast, Satoshi’s Games, DIBA Global Inc., Bitmatrix and Shock Network Inc. While the missions of each company varied, they were all united under the umbrella of advancing hyperbitcoinization. The panel of judges featured Draper (founder and managing partner of Draper Associates), Oleg Mikhalsky (partner at Fulgur Ventures), David Roebuck (venture principal at Wave Financial) and Paul Veradittakit (partner at Pantera Capital).

The judges came away with plenty of good things to say about Pitch Day 2021. Veradittakit said, “The startups at the pitch day competition were impressive and focused on some innovative use cases. Overall, the experience of judging with the other judges and interacting with the startups was very fruitful.”

The winner of the hyperbitconization competition was Satoshi’s Games, a gaming platform built on the Lightning Network. 5 Day Forecast, a betting website that allows users to place bets on the weather using Bitcoin, took second place. While Citizens of Bitcoin did not place in the top two of its respective competition, its founder and CEO, Rogelio Caceres, had positive things to say about the experience as well.

“We thoroughly enjoyed the Bitcoin 2021 conference and highly recommend it,” he said. “Both the experience of competing as a finalist at Pitch Day, as the only Miami-based startup selected, as well as sponsoring a booth, exceeded our expectations. In fact, we have generated nearly $500,000 in revenues from new clients we met at the conference to date.”

The second segment featured the companies D2X Group, Moon, Liquid Ventures, 24 Exchange Bermuda Ltd., Sazmining and Bitex. Each of these companies is focused on enhancing the existing infrastructure of Bitcoin. They were judged by Matt Roszak (founding partner at Tally Capital), Kevin O’Leary (chairman of O’Shares Investment Advisors and judge of ABC’s “Shark Tank”), Christopher Calicott (managing director at Trammell Venture Partners), David Lee (head of Samsung Next and EVP of Samsung) and Tyler Evans (cofounder of BTC Inc. and managing partner at UTXO Management). 24 Exchange, a bitcoin trading platform, won first place in the infrastructure competition. Moon, a virtual payment card that allows users to earn, save and spend bitcoin, finished as the runner up.

If you are interested in being considered for a slot on stage, we encourage you to apply here for Pitch Day at Bitcoin 2022! Parameters for participants are open and flexible, so feel free to apply whether you are an individual with an idea, a company raising a series B round or somewhere in between.

Bitcoin Surges To Record Highs As US Inflation Soars