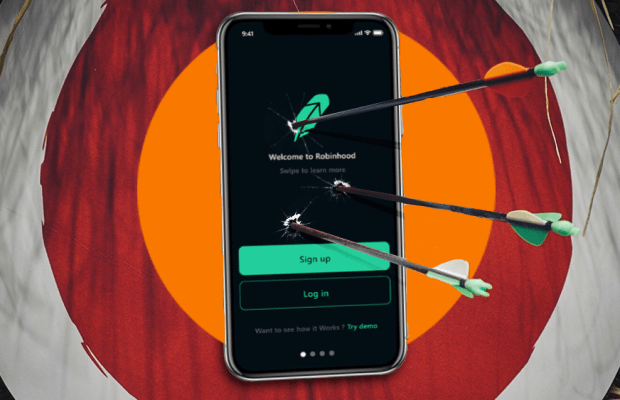 Robinhood is finally testing Bitcoin and crypto withdrawals, as well as a new digital hot wallet, Bloomberg reported on Monday.

The update comes after the past year of broad criticism of Robinhood for, among other things, not allowing users to control their own Bitcoin private keys. The firm repeatedly hinted at enabling such features without delivering any evidence that such products were being developed.

Robinhood’s new hot wallet and Bitcoin and crypto transfer feature announcement also comes after a mounting demand by customers. Bloomberg reported that evidence of such features has appeared in a beta version of the trading platform’s iPhone app. Rather than providing photos or other evidence of such features, Bloomberg stated that “The software includes a hidden image portraying a waitlist page” for users to sign up, and attributed the discovery of said features to software developer Steve Moser.

Currently Robinhood offers Bitcoin strike price exposure through their platform, but without the ability to withdraw, customers are duped into thinking they are holding Bitcoin proper, as in the hard store of value property, when in fact they are holding a security, a second layer of Bitcoin which marks its price, but lacks the underlying asset or any of the security from firms like Robinhood that Bitcoin provides. This means that on the Robinhood platform, Bitcoin and other cryptocurrencies are functionally equivalent.

Notably, Robinhood shares jumped up to 2.1% after Bloomberg reported on the test. The stock has gone up 7.1% since its IPO in July. In the year preceding the IPO it was frequently rumored that Robinhood would enable a withdrawal feature, but would likely wait until after a successful public offering. According to Bloomberg, the in-house trading of cryptocurrency made up 41% of its net revenue during the 2nd quarter period of this year.

“It’s something that our teams are working on,” he said on a call following the company’s second-quarter earnings release, “The ability to deposit and withdraw cryptocurrencies is tricky to do with scale, and we want to make sure it’s done correctly and properly.”

It is of course unknown when the launch of this feature will occur. Robinhood would actually have to facilitate Bitcoin transactions to enable withdrawals, and it remains unclear whether and to what extent the company buys Bitcoin at all.

The code indicates the new crypto features are being tested as part of an “alpha program”. Users will need to activate Bitcoin sending and receiving and fulfill the enrollment page’s identity check.

The news comes just weeks after Robinhood announced the launch of a dollar cost averaging for its Bitcoin derivative product.