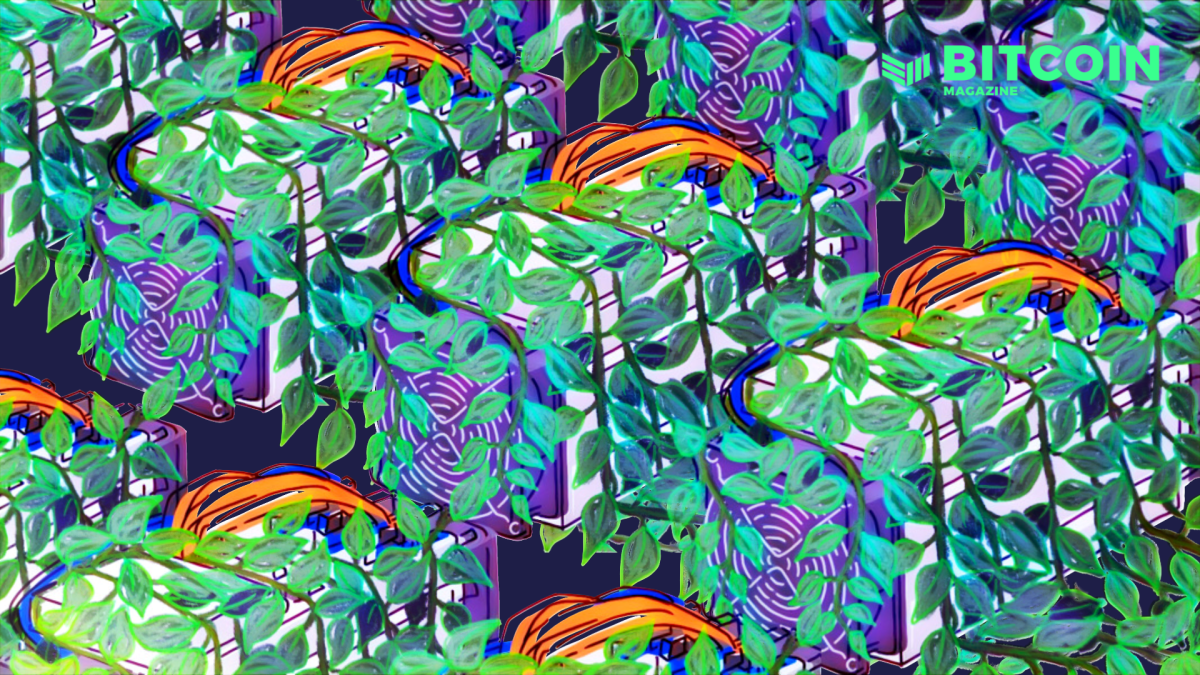 Previous articles discussed the cognitive biases that affect bitcoin and biases around price and around group norms and groups’ authorities.

There are also many cognitive biases that affect the conception of bitcoin and the term Environmental, Social, and Corporate Governance (ESG), which is an evaluation of a firm’s collective conscientiousness for social and environmental factors.

The term ESG is widely used across the financial arena to meet client and institutional demands for responsible investment. ESG appeals to our desire as human beings to have purpose and to use our resources to do good in the world.

Is Money Ever ESG?

In a quick search on quotes about money, most have a negative gist.

An aphorism familiar to most is “For the love of money is the root of all evil.” The association fallacy or halo effect is when the “tendency for a person’s positive or negative traits to ‘spill over’ from one personality area to another in others’ perceptions of them.” The same association fallacy or halo effect can happen with any place or object, including a monetary asset like bitcoin.

The common negative moral associations of money create an obstacle to the association of bitcoin with ESG values. At the outset of assessing virtue, bitcoin starts with that neutral-to-negative view regarding how good bitcoin can be environmentally, socially, and governance-wise.

Environmental, Social And Governance — Most People Think Of The E

Anecdotally, we know it’s true: the environmental, social, and governance of ESG are not equally covered in the press.

Articles related to different assets are predominant in the media, whether it’s solar, wind, vehicles, oil, gas, nuclear, hydroelectric, or general scientific studies about the same.

Due to the availability bias, when bitcoin is considered relative to ESG values, the environmental aspects tend to be what is front and center in the media and government rhetoric. And hence, what people think of when they think of bitcoin and ESG.

While many have dispelled the misinformation about bitcoin and energy impact, much media coverage still touts the narrative that bitcoin is going to handily boil the oceans — and already is.

The BBC reports that “negativity bias” is psychologists’ term for “our collective hunger to hear, and remember bad news.”

This negativity bias somewhat explains why the catchy negative narratives around bitcoin, boiled oceans, and energy continue despite the veracity of Lyn Alden’s “Bitcoin’s Energy Usage Isnt’ A Problem,” Hass McCook’s Bitcoin Magazine article on bitcoin’s energy use as 5% of the legacy network, and the many Nic Carter pieces on how bitcoin is reshaping the energy sector, on bitcoin’s energy versus gold’s cost, and his comprehensive summary with Ross Stevens, “Bitcoin Net Zero.”

Per Lyn Alden’s analysis “By any metric, it’s a rounding error as far as global consump­tion energy is concerned, with a sizable chunk of its energy usage consisting of sustain­able or other­wise wasted energy.”

The reference articles also discuss bitcoin and how it can use flared gas, stranded hydroelectric, old power plants, and also promote new energy sources, due to its mobility and emphasis on inexpensive energy.

There are various other biases that cause these negative environmental narratives to continue, despite the abundance of facts.

Therefore in the general media and politics, most people would never put environmentally friendly and bitcoin in the same sentence: quite the opposite, actually.

The belief bias is when someone’s evaluation of the logical strength of an argument is biased by the believability of the conclusion. The media information about bitcoin and energy seems believable, regardless of the validity of bitcoin as money. Bitcoin uses energy. Many more bitcoin transactions seem to mean much more energy use. Thus the specious — or superficially plausible and appealing — rhetoric wins.

In the previous article on conformity biases, we talked about groupthink bias, which is the tendency to believe things the group believes.

Because of the many media reports about bitcoin and energy use, you have an availability cascade — a type of conformity bias — where a belief gains more and more plausibility through its increasing repetition in public discourse.

Repeating an incorrect fact actually cannot make it true; if you study bitcoin’s energy use, more bitcoin transactions does not actually mean more energy use.

E, S, And G Are Not Equally Prominent In The Developed World’s Daily Lives

Human rights for the unbanked, bank account seizures under authoritarian governments, or emigration with one’s own monetary assets are not, however, front and center in most richer countries’ news reports, or their people’s daily lives.

Thinking about corporate governance is also not part of most peoples’ daily lives.

Again, the availability bias in people’s own lives — and their increasing concern and actions for the environment — narrow their ESG focus to the environmentalism of bitcoin.

The Social Of Bitcoin And The Bitcoin Network

Many have written or hosted podcasts about the positive human rights aspects of bitcoin the asset such as:

Due to the halo effect discussed earlier in this article, it’s hard to think of a form of money as providing a social good, such as ensuring human rights or enabling diversity.

But bitcoin and its underlying rails, the Bitcoin network, enable social good.

The Governance Of Bitcoin

The “G” in ESG is “the governance factors of decision-making, from sovereigns’ policymaking to the distribution of rights and responsibilities among different participants in corporations, including the board of directors, managers, shareholders and stakeholders.” Good governance also includes transparency.

The governance of bitcoin is antithetical to the way other assets are governed. Bitcoin has no central government or bank;it utilizes decentralized governance and open source software.

The only central governance is the protocol, the code.

Miners, developers, nodes, and users share responsibility for governance of the Bitcoin protocol. Bitcoin operates via a rough consensus building amongst developers, and also amongst miners and nodes that run the software.

I like the analogy that Aaron Van Wurdom used in his primer on Bitcoin network governance published by Bitcoin Magazine in 2016, stating, “This type of governance is perhaps best compared to human languages…. People ‘govern’ the English language by using it.”

As we discussed in “Bitcoin Group Biases,” for many there is some mental certainty and security in having a centralized authority and governance. One can be biased against a protocol that is so decentralized.

That centralized authority can more easily regulate and offer investor protection. Many see bitcoin as missing protection for investors. However, others would argue that consumer protection is severely lacking in the current governance of the current fiat system. Educating and policing is a difficult effort in both systems.

There is a fear of the unknown people developing code, mining bitcoin, and running nodes. Because bitcoin’s actors are not face-forward charismatic managers, directors, or CEOs, some fear and alliterate on the Bitcoin network’s “shadowy supercoders.”

There is actually a bias called “rhyme as reason” effect, which may affect the perception of shadowy supercoders as well. The rhyme as reason effect is when a “saying or aphorism is judged as more accurate or truthful when it is rewritten to rhyme.”

These are positive aspects of bitcoin governance that don’t rhyme so easily. Everyone can participate in bitcoin, whether you own a little or a lot of sats. Anyone can run a Bitcoin node. Bitcoin is inclusive, no matter your race, gender, religion, or other demographic. Bitcoin transactions are also transparent to all, just by exploring the blockchain.

Thus, bitcoin and the Bitcoin network have good positive aspects of decentralized governance.

Bitcoin Is The First Money That Can Help Environmentally, Is Socially Good And Has Decentralized Governance

The real story here is that bitcoin is possibly the first money that can be viewed as ESG.

Bitcoin and the underlying Bitcoin network might even be one of the few assets that has positives in all of the ESG aspects. Bitcoin is environmentally good, socially good, and has good governance aspects.

Awareness of these biases is the most effective de-biasing technique in order to start moving towards enabling a more factual understanding of bitcoin, the Bitcoin network, and its positive ESG values.

This is a guest post by Heidi Porter. Opinions expressed are entirely their own and do not necessarily reflect those of BTC, Inc. or Bitcoin Magazine.

The Parallels Between Bitcoin’s Principles And “How To Be Idle”