Fighting For Freedom: Could Satoshi Be V From “V For Vendetta?” 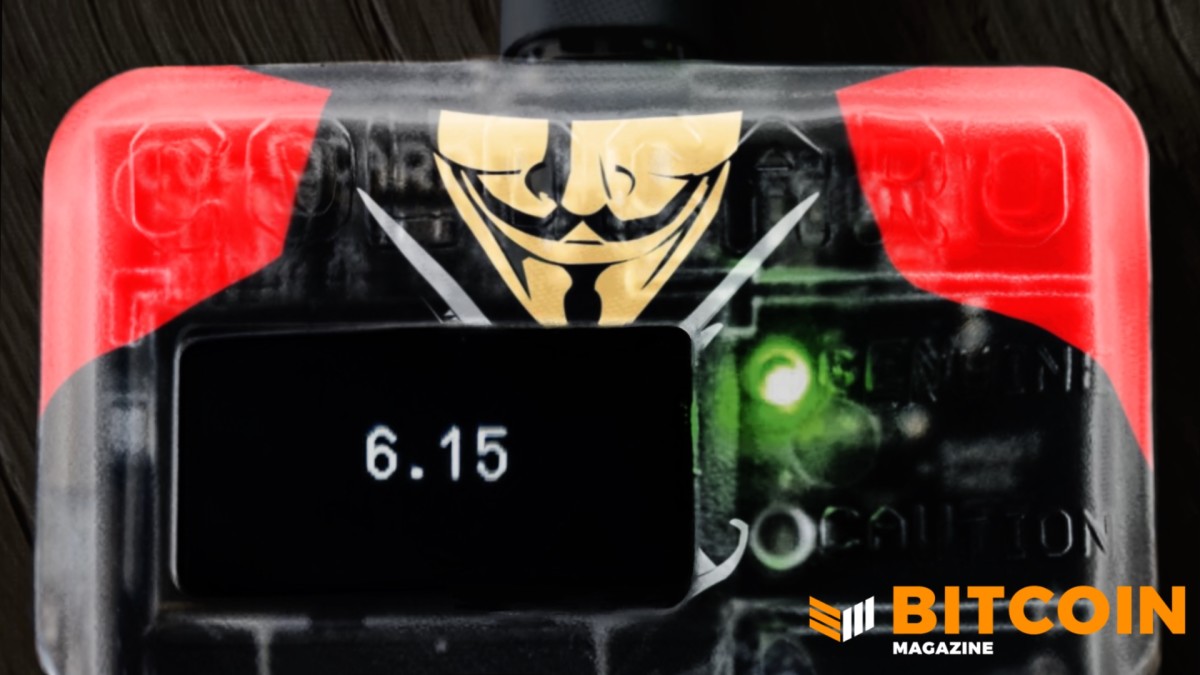 In 2008, a digital cryptographically-secured currency was anonymously created that encompassed all the properties of incorruptible money. A currency that couldn’t be confiscated, inflated away, or counterfeited. The mysterious creator of Bitcoin, Satoshi Nakamoto, knew he was making Bitcoin to solve these problems. Some could say he’s a freedom fighter, like V from the film “V for Vendetta.” Maybe … just maybe he is V. Let’s explore below.

“V for Vendetta” is set in a dystopian future, where V, a masked freedom fighter, uses harsh tactics to take down a totalitarian government. When V saves a young woman named Evey from the secret police, Evey becomes not only V’s love interest but also an ally in his fight for freedom and vengeance.

The film was based on the graphic novel “V for Vendetta” by Alan Moore and David Lloyd. In translation to film, the story remained very similar but also introduced many differences. The original plot was based on conflict between a fascist state and anarchism influenced by British Thatcherism in the early 1980s. There is some irony here, as Thatcher promoted small government and deregulation. The theme centered around highlighting the wrongfulness of a big government and what could happen to a complacent public.

In the screenplay, however, the Wachowskis adapted this premise and theme to portray V as focused on freedom, rather than anarchism. They shaped the plot to fit the modern world of the early 2000s. Some believe this was meant to poke at the Bush administration. Both the movie and the book point out overbearing governments, but also point the guilt on the public for not taking action to regain control of their freedom and rights.

The film itself had many real and fictional influences such as the Third Reich, the Soviet Union under Stalin, and George Orwell’s “Nineteen Eighty-Four.” The common theme between all of these (again) … individual liberty versus state control.

And isn’t that the story line of Bitcoin? We’ve been living with shackles to a financial monopoly since the early days of humanity. Throughout history, governments have manipulated the value and supply of money, benefiting those in control and devastating those they pledged to serve.

Before I begin, and what I will point out in my argument, although V uses extreme and violent tactics to achieve his means, my article does not support this behavior. As I will point out in my comparison of V and Satoshi Nakamoto, Satoshi is peaceful, and Bitcoin is a peaceful tactic to bring about change. My comparison is meant to be lighthearted and fun, not precisely literal.

“The only verdict is vengeance; a vendetta, held as a votive not in vain…”

When Evey and V first encounter each other, V introduces himself and his cause. He goes on to state that it might sound crazy, but he plans to take down the government for the good of the people.

Like the dystopian police state, the financial system is designed to benefit those closest to the top, or those that are compliant to government control. But what about those down the ladder?

Maybe you experienced the dot com bubble, the savings and loan crisis or the subprime crisis in 2008. Maybe you’ve noticed your savings decline in purchasing power as the government bureaucrats lie that there is no inflation while at the same time maintaining artificially low interest rates. Maybe you lost a job or a business during the current COVID-19 era.

Simultaneously, what was happening to the rich during such a time? They got richer.

In one way or another, we have all been affected by a monopolized financial system, a dystopian police state. We all have this in common.

This cycle is due to end; not in vain however, butfor positive change.

“…Our job is to report the news, not fabricate it. That’s the government’s job.”

V decides that the first move in his grand plan is to blow up The Old Bailey. Following the execution of V’s plan, the British Television Network news team talks about the narrative they are going to tell the people. V gets called a terrorist, among many things.

Satoshi has undergone some fabrications from mainstream media and governments too …

A shadowy super coder, a criminal, a leader of a Ponzi scheme, a man out to destroy the environment.

A dictator. A bottleneck. A godly entity. A leader. Someone who cannot be touched.

Satoshi is HUMAN. With skills, with flaws. Stuck in a narrative battle.

“…a handful of oppressors have accepted the responsibility over our lives that we should have accepted for ourselves. By doing so, they took our power. By doing nothing, we gave it away.”

V breaks into the British Television Network and hijacks the newsroom. He gives a speech to the citizens sitting at home about the wrongfulness of the government, the laziness of the citizens for sitting back and letting it happen, and that the time has come for change.

People are starting to wake up. The evidence is louder every day.

Opt out of a monetary system you never voluntarily joined, the one you were born into, and opt into a peer-to-peer system. Break the cycle.

“I do, like many of you, appreciate the comforts of everyday routine; the security of the familiar, the tranquility of repetition.”

We find comfort in routine, even Satoshi. But he got fed up. He knew we needed change and we needed it now.

“The Times 03/Jan/2009 Chancellor on the brink of second bailout for banks.”

“… And where once you had the freedom to object, to think and speak as you saw fit, you now have censors and systems of surveillance coercing your conformity and soliciting your submission …”

His speech continues and he speaks on how far the totalitarian government has taken its corruption and control.

Financial freedom doesn’t exist. You don’t own your wealth. The bank does. The IRS does.

Increased transaction reporting is being called for. Freedom of privacy and private property is being slowly knocked out, like diminished oxygen to a burning candle.

The numbers of those unbanked, left out of the financial system, are on the rise as the requirements for inclusion become increasingly tight.

We need monetary reform now more than ever.

After Evey saves V from the secret police, which puts her in danger, V takes her back to his home for protection. One morning, he is making her breakfast and talks to her about his feelings on the government and what he wants his actions to symbolize for the people.

Politicians try to regulate Bitcoin but they misunderstand who and what they’re battling.

Bitcoin is a peer-to-peer, human-to-human network of those who are tired of a broken system, and run by the very people politicians claim to protect.

Mr. Creedy (the head of the secret police) and V have their final encounter. Mr. Creedy thinks he can kill V, but to his surprise, he cannot.

“We are told to remember the idea, not the man, because a man can fail. He can be caught, he can be killed and forgotten, but 400 years later, an idea can still change the world.”

This is the beginning monologue of the film by Evey but a great quote for us to end on.

A man is a point of failure.

Satoshi disappears, a decentralized movement begins, and the torch is passed to the people.

Is Satoshi, V? And is V, Satoshi? Honestly, who cares? It does not matter.

We are all the human behind the mask. Focus on the idea.

This is a guest post by Lauren Sieckmann. Opinions expressed are entirely their own and do not necessarily reflect those of BTC Inc or Bitcoin Magazine.

Bitcoin Is Self Preservation

How Bitcoin 2021 Redefined The Importance Of In-Person Celebration

Exploring The Origin Of Bitcoin